Review: JBL Xtreme - how much bass can you handle? 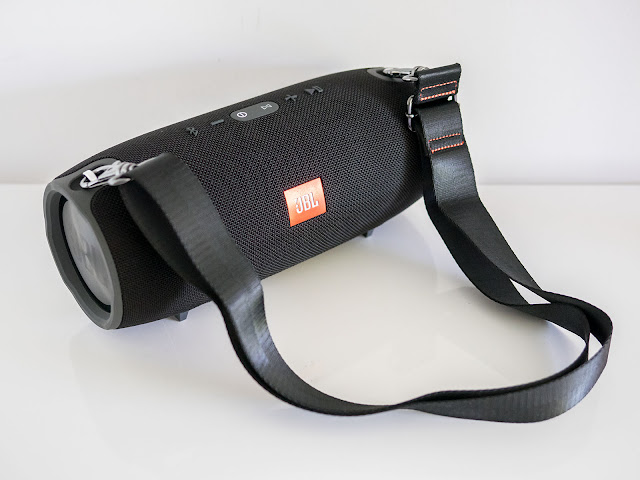 The JBL Xtreme (buy from amazon) (not to confuse with the older and meanwhile discontinued JBL OnBeat Xtreme) suddenly appeared in an inconspicuous way without any preceding official announcement. There was just a leak on Youtube and some weeks later it was already available on the european JBL site for pre-order, which I did immediately as I had this particular feeling that JBL might really have an interesting product here. So far it doesn't seem to be available in the US yet, and to tell the truth I have no idea when it is going to be released there and why it hasn't been already released. Update: JBL Xtreme was released in the US on September 1st as well.
Looking back in the history it took JBL a long way to finally come up with some impressive portable speakers after a period with rather underwhelming devices. Although JBL always had great sounding speakers, their portable speakers were rather lacking, including all the old onTour models, the JBL Flip series, JBL Charge, to finally redefining their standard with the JBL Charge 2. The JBL Charge 2 despite having some initial issues is a pretty good sounding portable speaker in some ways even better than all competing models. The cylindric design with 2 opposing passive radiators at the sides was afterwards used for another Harman speaker: the Infinity One. The Infinity One was something like a blown up JBL Charge 2, bigger, with bigger sound and a more premium finish. Now the JBL Xtreme seems to continue with this obviously successful design and looks like a blown up Infinity One, again larger, heavier and more "extreme". Jump in to find out if the Xtreme can really take it to the extreme?

Thanks to this great community here, some anonymous contributor has published a way how to update the JBL Charge 2 on your own. The necessary firmware file was already posted by someone else some time ago, but so far there was no way how to perform the update without the right software. As many still seem to fight with JBL-support who is taking their customers for fools  claiming that there is no firmware update available for the JBL Charge 2 I think we have to thank our unknown hero for posting this. He provided an archive including the 1.4.1 firmware-file, an installation manual and the CSR BlueSuiteNow.
Of course I cannot provide any warranty that you will not brick your device, but acoording to many owners they were able to successfully update his Charge 2 from 1.3.8 to 1.4.1:

Please let us know if your update was successful!

WARNING: Some already managed to brick their speakers, so apply on your own risk! 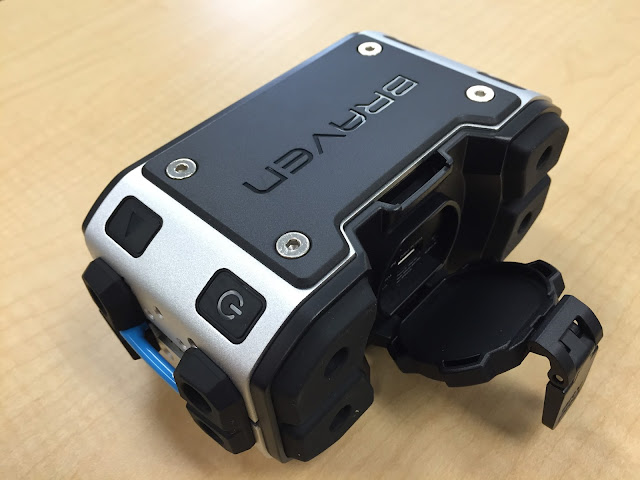 Braven’s latest rugged outdoor entry into the portable bluetooth speaker scene is an overall solid speaker.  The design follows it’s little brother, the BRV-1, in many respects and for those familiar with the BRV-1, you know it’s a decent portable rugged speaker design.  Braven’s approach on the audio spectrum is for these devices to be used in an outdoor environment.  I will break down the various aspects of the speaker below, but overall the sound signature is set for outdoor listening, with an emphasis on the midrange and treble section of the audio output.  But, the PRO does carry a good solid low end as well, once you hit certain volume levels.  Let’s get into the particulars on the speaker:

Email ThisBlogThis!Share to TwitterShare to FacebookShare to Pinterest
Labels: Bluetooth, Braven, outdoor, portable, REVIEWS, SPEAKERS
Newer Posts Older Posts Home
Subscribe to: Posts (Atom)
No fake or paid reviews as most speakers are bought with my own money!
If you like my blog please support my work with a small donation so I can continue doing independent tests and videos.