Review: Sony SRS-X33 - who is going to be killed this time? 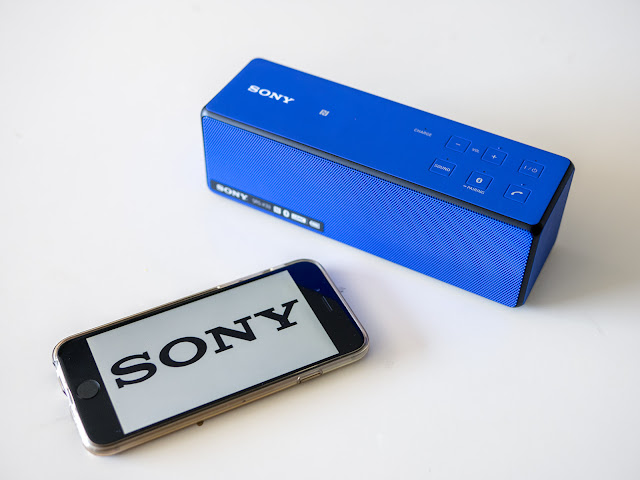 When I reviewed the "Bose Soundlink Mini-killer" Sony SRS-X3 nearly one year ago, I was quite taken with it because it was the first smaller portable speaker that achieved a similarly full-bodied sound as the Bose Soundlink Mini. No other speaker so far, managed this. And the SRS-X3 even did some things better than the Bose, because it was less boomy overall but had better and less directional treble response at the same time while the Bose is rather missing any upper treble at all.
The SRS-X3 was not perfect though, it suffered from considerable intermodulation distortion at levels already close to half volume. Bass reduction at higher levels as well as strong dynamic compression was pretty obvious and last but not least the battery life was a joke if you really wanted to use it at higher levels.
Shortly after the SRS-X3 the JBL Charge 2 was announced and the JBL managed to top the Sony by nearly all aspects. Unfortunately the JBL suffered from some initial DSP-processing issues, which finally were fixed with the latest firmware now. But the JBL Charge 2 made the Sony SRS-X3 obsolete thanks to a much more consistent sound across the whole volume-range, a punchier more dynamic sound and much better battery life.
Now Sony came up with the successor to the quite popular X3, which managed to find lots of fans in the meantime. Let's see if the new Sony SRS-X33 can kill the old X3 or even kill all the competition. 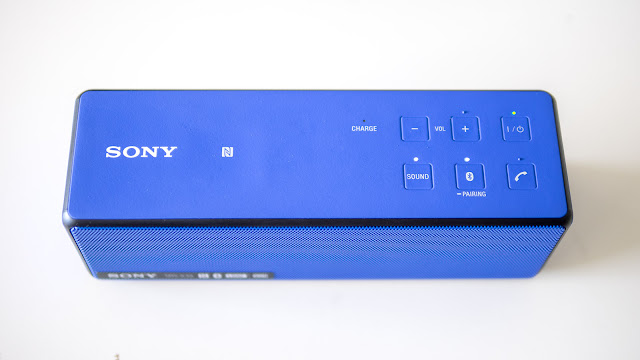 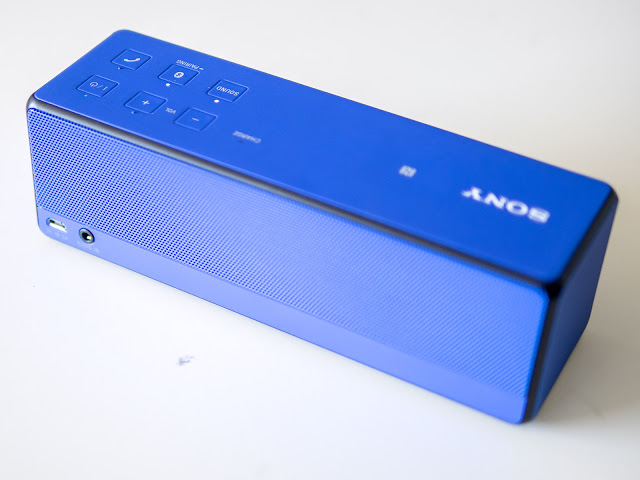 First thing you will notice that both are still looking pretty similar. I don't have the X3 anymore at hand as I had sold my own unit, but the X3 is just slightly higher. The X33 has some substantial weight and feels even heavier than before because it is smaller. The buttons as well as ports at the back remained pretty much the same, just the audio-in button is missing. 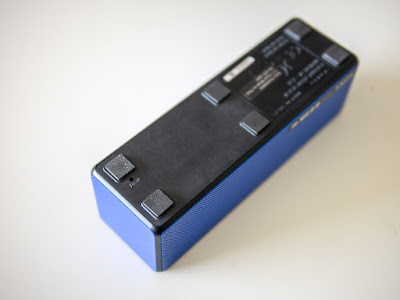 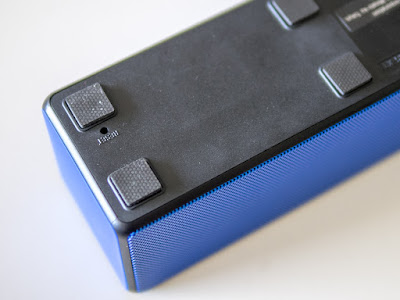 The X33 switches automatically to aux if a wire is attached. When looking closer you will also find a new recessed reset-switch at the bottom plate, apart from that no real differences here. Also handling-wise both speakers have much in common. You will get again the same turn-on and turn-off tones, they are not very loud thank godness, maybe Sony even made them slightly softer compared to the X3. The biggest change though is that volume control on the X33 is mirrored now between speaker and iOS device. This is a big improvement as the X3 did lots of strange things and changed its sound dependent on the input level and speaker level. Now this is not possible anymore at least with iOS devices, with Android you can probably still set the speaker to maximum while keeping the volume low on your streaming device. I am not quite sure about the effects though, but on the X3 bass amount would be considerably lower than if you did the opposite: turning your player to maximum and keeping the volume of the speaker rather low. 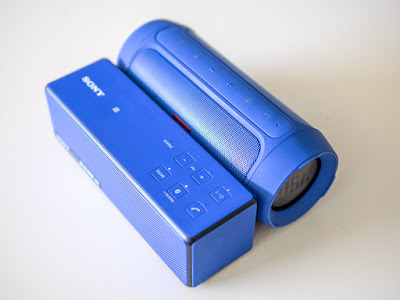 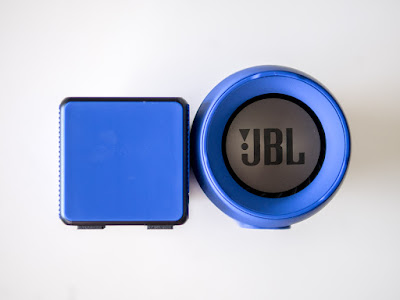 The X33 has 30 dedicated volume steps in contrast to the X3 which had only 15. The stepping is set pretty sensibly and allows for quite a fine volume control even at low levels, unlike with the JBL Charge 2, which manages to double its loudness with each of its first 3 volume steps.
The X33 still doesn't support any multipoint pairing, or stereo-pairing with another unit, but it gained LDAC compared to the old model. I am not sure if going for LDAC instead of AptX was such a smart decision. Sony always tried to make their very own thing, and it seems as if LDAC was something like their newest own creation. So far only some selected Sony players support LDAC and I doubt a speaker with tiny drivers like the X33 can take advantage of any hi-res material out there. It might be different with really good headphones or grown-up speakers, but usually the frequency response of all these smaller portables already rolls-off above 16kHz due to missing any tweeters. This tiny full-range drivers cannot handle the full spectrum but still try to cover around 60hz-16kHz, thus problems with intermodulation etc are inevitable. Besides most of us who are well above 40, won't even hear quite much above that. This whole high resolution audio hype right now could definitely fill another long post, but I don't want to go into this right now. It is just a pity that no standards like AptX are supported at least along with LDAC... 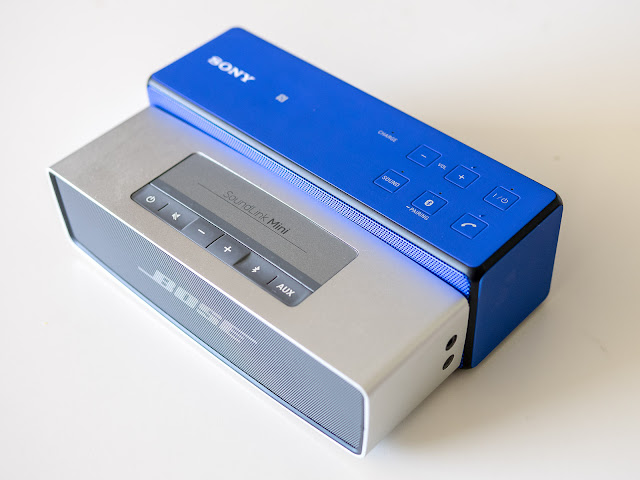 If you are interested in some other details of the X33, please also have a look at my original review of the X3, as both still seem to share many common aspects. I complained a lot about the X3 battery as it didn't last very long at high levels with the speaker reducing the volume to half on its own pretty quickly. Unfortunately it seems to be exactly the same with the X33. I tested the behaviour of the battery under controlled conditions this time and noticed that the speaker would play at maximum volume for about 1:35h, then it would again automatically reduce volume on its own and continue to play another 2:20 to finally shut down before even reaching 4:00 hours. It seems as if there is not much improvement here. I guess that the X33 uses still the same batteries as the X3, but I would have to remove the rubber feet and open the bottom plate to really get sure. 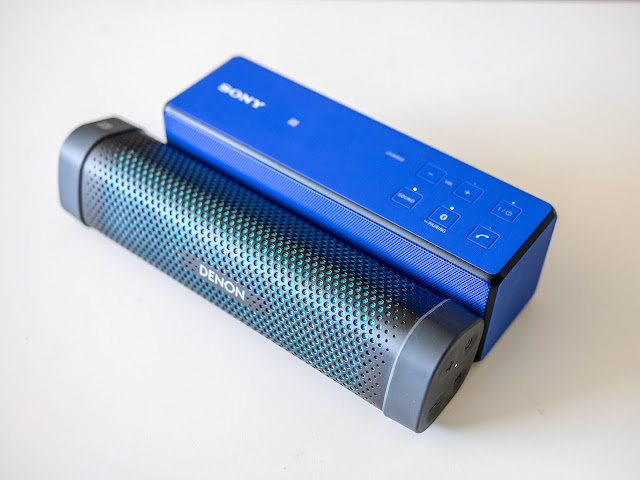 As that much is in common with both speakers I would rather like to concentrate on sound quality alone and how it competes to the current line-up of top contenders. Unfortunately I don't have any X3 at hand right now, so I cannot compare both directly. But I will try my best to compare them as good as I can.

I recorded a live-video including binaural audio where I compared the Sony SRS-X33 to the new JBL Charge 2+. I think that the much better stereo imaging of the Sony is quite noticeable from this video when listened through headphones, on the other hand the JBL has an edge at higher levels and manages to sound more punchy with more bass and better dynamics than the Sony:

Next you can see the measurement of the SRS-X33 at all available volume steps. A stronger bass-boost at low levels is pretty obvious as some nice treble extension which reaches considerably higher than that of the Bose Soundlink Mini for example. The bass boost at low levels is to compensate for human loudness contours and it manages to make the X33 sound really mature and full-bodied, but increase volume and you notice that bass is reduced and cannot quite keep up with a deeper hole in the upper bass region that makes the lower bass part a bit isolated. Although the X33 can retain more lower bass at maximum volume than the old X3, this is only possible thanks to some stronger dynamic compression and that makes the sound not natural anymore: 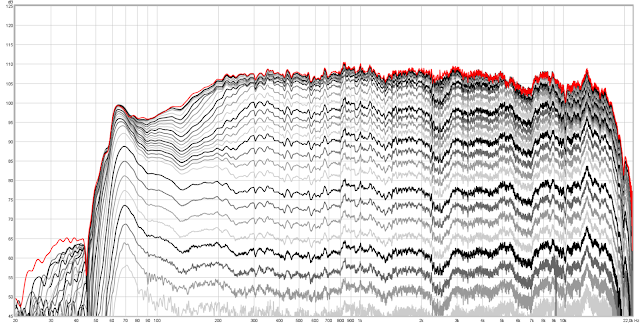 The next measurement shows both Sony SRS-X33 (blue) and Bose Soundlink Mini II (green) at about 70% of their volume. Thanks to higher volume the Soundlink Mini already dialed back its bass boost and manages to measure pretty flat except for some boost above 2kHz, instead the Sony shows a huge dip at around 150Hz but its better treble extension is visible here as well: 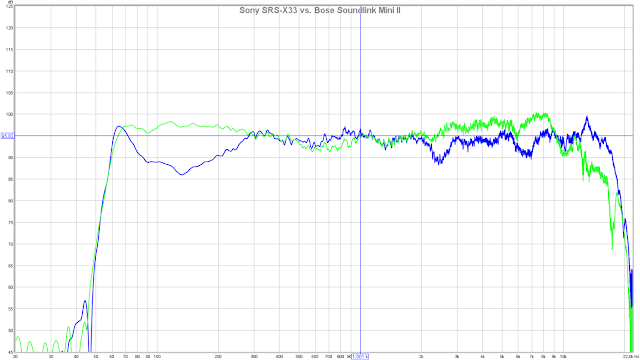 Although the JBL Charge 2+ shown in pink in the following measurement has a similarly resonant high Q bass peak as the Sony, the measurement cannot reveal all the differences in sound especially how both speakers treat dynamics, which was more obvious from my video above: 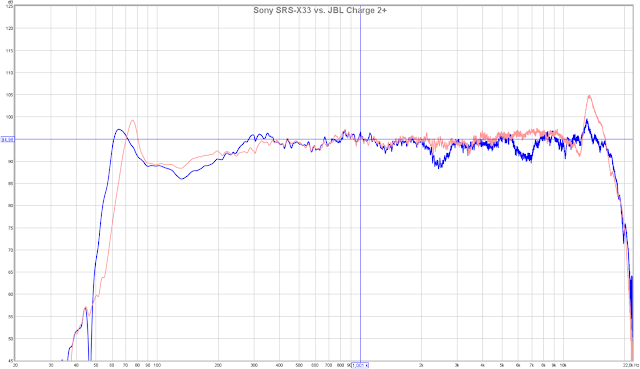 Last but not least here the Sony compared to the Denon Envaya Mini (red) which measures really flat, but doesn't have the deeper bass extension of the Sony: 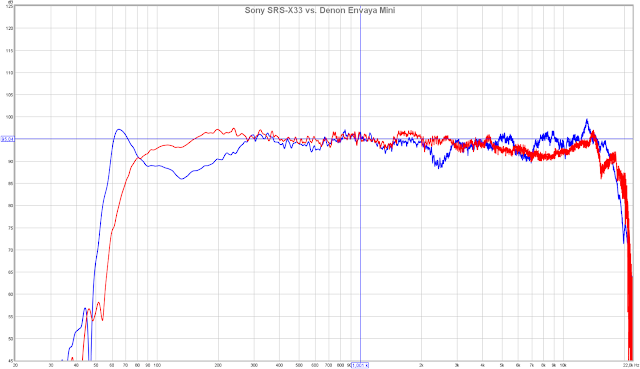 My feelings about the Sony SRS-X33 are quite mixed. The biggest letdown is the uncontrolled sound at higher levels with lots of unacceptable distortion and extreme dynamic compression yet unheard to such a strong degree of any other speaker. If you intend to use the speaker just for background listening, the X33 might be a pretty good solution though as for this purpose it sounds pretty mature and clear without any unnatural colorations. Add "sound" and you really get the impression of having a small stereo setup in front of you, just beware of turning volume above half, as you will be disappointed then. Especially modern heavy mixes make the X33 struggle quite a lot. Instead of real drum-attacks you will rather hear some undefined scrap. If you add to the fact that the X33 will just reach 1:30 hours at maximum volume, it is pretty clear that this is not a speaker for high volume listening. I like the minimalistic design and the looks of the X33 and although it might be one of the best low-levels performers right now, there are much better solutions available that are usable in a more universal manner. Although the JBL Charge 2 will not sound as convincing at low levels and won't provide such a nice broad stereo image as the Sony, the JBL performs much better at all levels above and will still play for more than 6 hours at maximum volume without reducing loudness or appling other tricks.
The X33 improves on some aspects of the X3, but worsens on some others. I would really just recommend it as a speaker for low volume background listening, if you intend to use it outdoors where you need higher levels to begin with, the X33 will be a disappointment, not mentioning that it is neither rugged nor water proof in any way like so many current speakers. But I could imagine the Sony SRS-X33 in an office with low ambient noise, where louder music is not possible. Thanks to its impressive stereo enhancing algorithm, it could easily substitute a pair of larger PC-speakers, although the sweet spot for the best stereo effect seems to start beyond 1m while it collapses again at closer distances. Check it out if you are not into loud music, but rather need something to fall asleep with...

- strong obvious distortion with bass heavy tracks already at half volume
- extreme dynamic compression at high levels already starting at half volume
- missing any real punch or dynamics at levels above half
- battery life disappointing at higher levels
- instead of AptX LDAC, only available on some few Sony devices
- no multipoint pairing
- not rugged nor water resistant in any way
Posted by oluv at 9:34 AM

Email ThisBlogThis!Share to TwitterShare to FacebookShare to Pinterest
Labels: Bluetooth, portable, REVIEWS, Sony, SPEAKERS
Newer Post Older Post Home
No fake or paid reviews as most speakers are bought with my own money!
If you like my blog please support my work with a small donation so I can continue doing independent tests and videos.