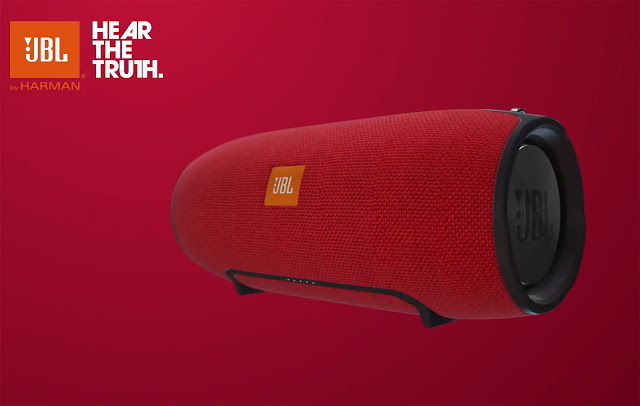 Mediamarkt Netherlands posted another interesting video showing a supposedly new speaker similar to the JBL Charge 2 or rather Infinity One: the JBL "Xtreme". Similar to the JBL Flip 3 the JBL Xtreme will be water proof and have the ability to connect with multiple speakers wirelessly thanks to JBL connect, but what makes it extreme, is either the extreme sound quality as claimed in the video, or the fact that it can charge 2 devices at once!

It looks a bit as if this model was indeed based on the Infinity One with quite a similar form-factor and the same carrying lugs at the top. Instead of the useless rear drivers from the Infinity One JBL/Harman seem to have included tweeters this time as the blueprint rendering below would suggest. Maybe they finally noticed the overly strong intermodulation distortion of the Infinity One as well? This is what you get when little fullrange drivers are pushed too hard to deliver both high and low-end at the same time! 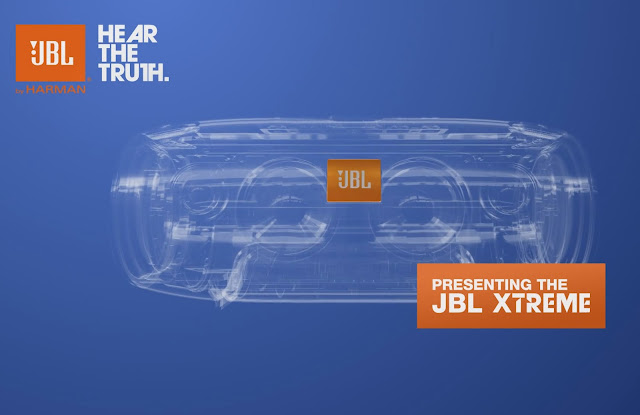 With all those new releases this is going to become a pretty interesting summer if all these videos are not fake but really showing leaked upcoming JBL products. No price nor availabilty yet, but the JBL Xtreme could be a new benchmark even outperforming the Infinity One among most other contenders in its class.
Posted by oluv at 4:20 PM

Email ThisBlogThis!Share to TwitterShare to FacebookShare to Pinterest
Labels: Bluetooth, JBL, NEWS, outdoor, portable, SPEAKERS
Newer Post Older Post Home
No fake or paid reviews as most speakers are bought with my own money!
If you like my blog please support my work with a small donation so I can continue doing independent tests and videos.