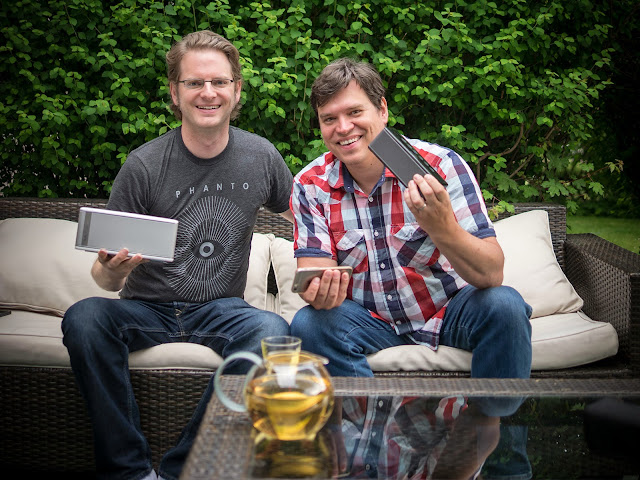 
Although we both had a great time in general, the most exciting part of Donald's visit was definitely trying out the new RIVA S. They decided to drop "Turbo" for the smaller model as it doesn't have any dedicated "Turbo-mode" anymore like the bigger X model, therefore the new model will be simply called "RIVA S". 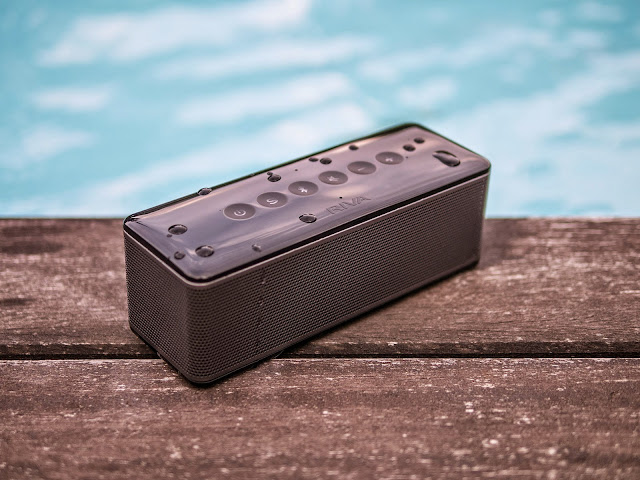 The RIVA S is considerably more compact than the Turbo X while being slightly larger than the Soundlink Mini, more similar to the Sony SRS-X3 or JBL Charge 2, but still very portable also because of the rounded edges, which makes it easier to be stowed away in some jacket pocket.
When I asked Donald some time ago, what I could expect from the S, he answered quite understated that I would be pleasantly surprised. He wasn't lying, because despite showing still an unfinished working sample with some bugs, the RIVA S managed to impress me completely. 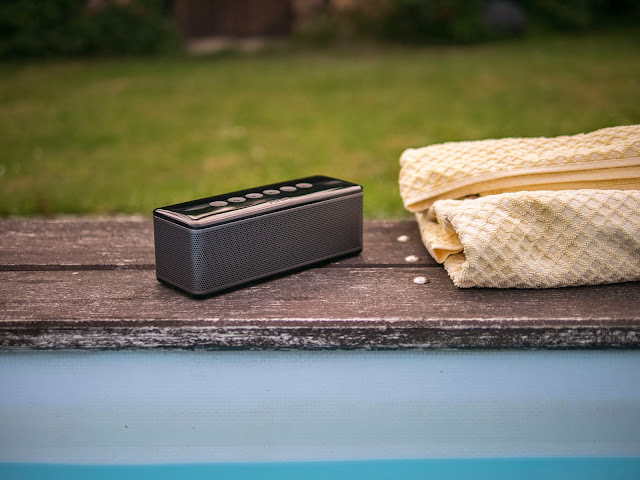 We have put the RIVA S against some other leading portable speakers I still have at home (although they are obviously going to be sold soon...) like the Bose Soundlink Mini, the JBL Charge 2 and the Denon Envaya Mini, but the RIVA S seemed to be a perfect blend of the best properties taken from all of them and extending it with even more features like wireless stereo pairing etc.

Although driver tuning was still not finished nevertheless I would like to give you some first opinion on this speaker. Don claimed to continue working on the final sound details, so it might even become better for the production model, he might even be able to squeeze some more dB out of it. But what I have heard so far was already mindblowing to say at least. It isn't the fact that the RIVA S is a super loud or super bass heavy speaker, but rather the fact that it is tuned so well. It simply sounds right. I was already impressed by the tuning of the Denon Envaya Mini, but the RIVA S tops this with an even smoother sound and better bass extension at the same time, it made the Denon sound honky somehow. The RIVA S has the bass extension of the Soundlink Mini but without its artificial boom, but my personal hightlight was treble response of the RIVA S, which was very even without any obvious peaks up to 17.5kHz and made the JBL Charge 2 sound metallic and clonky in comparison. 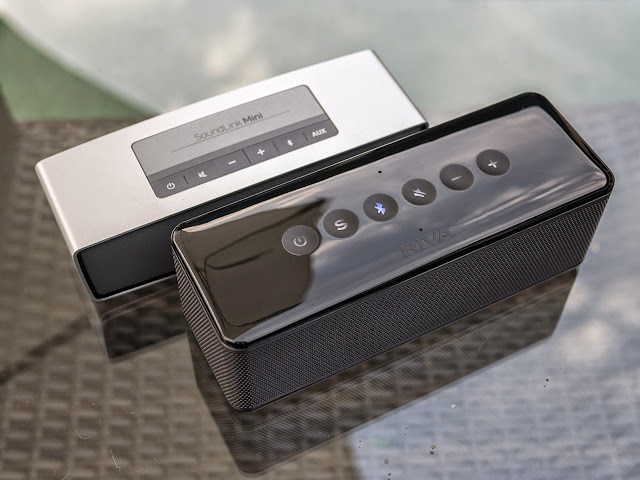 Loudnesswise it doesn't break any records and is rather comparable to the others in this class including JBL Charge 2, Bose Soundlink Mini and Denon Envaya Mini, but the RIVA S never sounds as if it was playing at its maximum. There is no obvious compression and I couldn't hear any kind of distortion even with the heaviest tracks I tried. The same music played through the Bose Soundlink Mini made it sound as if it was broken, while the RIVA S managed to keep all the dynamics of stronger peaks. 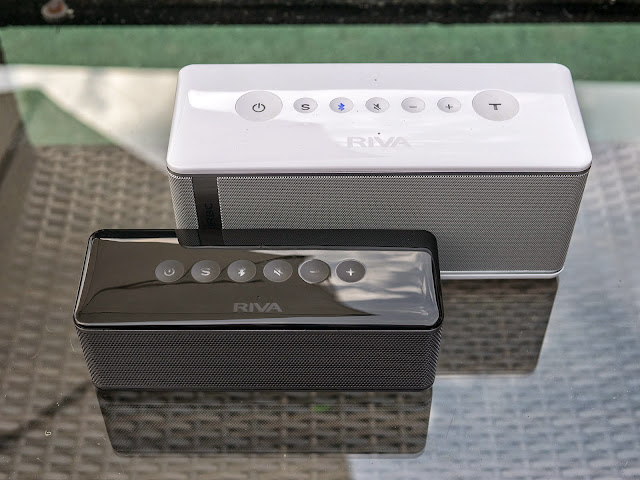 The most shoking part for me though was that I really preferred the sound of the RIVA S over its bigger brother Turbo X. It was only when the Turbo X was playing close to maximum where it had an edge, but at what I would call "normal listening levels" the RIVA S simply outperformed the Turbo X making it sound a bit tinny. The missing treble-sparkle of the Turbo X I criticised in my review was completely absent on the smaller model and I also loved the fact that treble response was not that directional together with the side-drivers you really got a huge listening angle, not fully 360° but still listenable from slightly behind. Interestingly the bass reached even lower than on the bigger model, to assure that we also made some quick measurements, although I am not quite sure if I am allowed to post them, as they might be not representative of the final model. But the impressive bass response comes probably also due to the fact, that the RIVA S applies some kind of dynamic loudness compensation, something the Turbo X doesn't. Therefore at lower levels the RIVA S will simply sound more substantial and serious than the Turbo X. On the other hand the Turbo X will play much louder thus has its own strengths. According to Don the Turbo X uses another variant of his Trillium processing and indeed the RIVA S doesn't have that depth and 3D-sound stage of its bigger model, but it still sounds much more open than most other comparable speakers.

If you finally consider the fact that 2 RIVA S can be paired for wireless stereo, this puts this speaker in a completely different class than all the others, nearly substituting a small hifi-system. Although meanwhile there are many Bluetooth speakers that support wireless stereo pairing none of those I have heard so far, sounded really good enough to justify buying 2 of them. Not so with the RIVA S where I could imagine myself getting a second one (maybe in gold) and putting both at the opposite corners of the pool...

People are asking me again and again, which is the best portable speaker, which has best bass, best clarity, highest loudness etc. I think that the RIVA S is finally the portable speaker that everyone was waiting for. I cannot await to finally hear the production model!

Stay tuned for more updates on this promising speaker soon...

Email ThisBlogThis!Share to TwitterShare to FacebookShare to Pinterest
Labels: Bluetooth, FIRST IMPRESSIONS, portable, RIVA, SPEAKERS
Newer Post Older Post Home
No fake or paid reviews as most speakers are bought with my own money!
If you like my blog please support my work with a small donation so I can continue doing independent tests and videos.