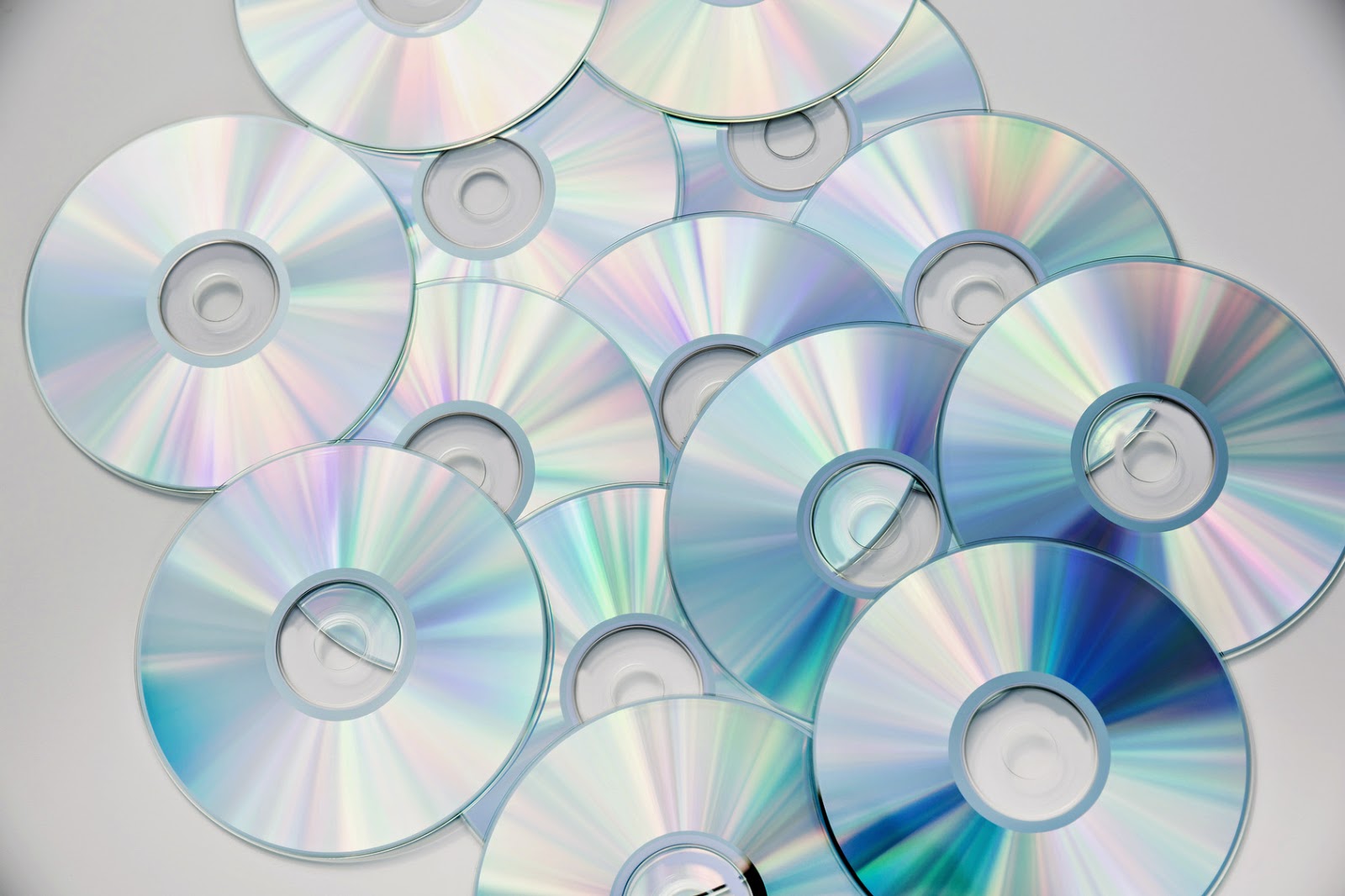 For my upcoming speaker comparison tool or interactive database (or however it will be called then) I wanted to cover many modern and representative music-genres that should give you a better idea of how a speaker behaves with this or that kind of music. Jump in to help me finding the right tracks.


You must understand that I cannot cover all possible genres but rather concentrated on the music that I personally like to listen to, starting from Jazz over to Jazz/Funk Fusion, but also R&B, House, Electronica, Lounge etc. I will be playing short excerpts for each genre as it would otherwise take too long to record every single speaker with longer segments.
It is hard to find the right material, and instead of using some royalty-free junk offered by many providers I took the risk to contact some of the greatest musicians that I know and always loved to listen to. Unfortunately many don't seem to have any interest at all, others do not even bother to respond, but some indeed gave me the permission to use their tracks. That's why I would like to first thank every artist who will be included with his/her music. I am still undecided about particular genres as I am missing any representative track for "House" which I would like to include by all means. I contacted some of the best artists like Miguel Migs, Richard Earnshaw, Simon Grey, Louis Benedetti, as well as Opolopo and Dance/progressive House artist Dinka, but none of them showed any interest at all.

Now I would like to ask for your help and also some feedback about the music I already selected. Maybe you know someone or are a musician yourself and would like to contribute as well. Apart from something for the House-genre I would also need a nice acoustic Jazz-track as I am not quite satisfied with what I have so far. Please free to put your thoughts into the comment section, or send me a message. The sooner the whole music list is complete, the sooner I can start with the recording procedure. I want the music selection to remain consistent for a longer period of time, otherwise such a comparison won't make much sense if older recordings are not compatible with newer ones. That's why I wanted to use tracks that can reveal the sound differences of various speakers on the one hand but should be interesting and exciting to listen to on the other hand.

But now some details about the music that I already chose with each track representing one particular genre. I also added a transcoded snippet for each track for you to have a listen. The mp3-quality is worse than usual as I put these tracks here just for demonstration purposes and cannot provide the original high-quality recordings for free:


I love listening to Smooth Jazz although many might dismiss it as elevator muzak, but I find Smooth Jazz very relaxing and harmonically much more demanding than any pop-tune you usually hear on the radio. The track for Smooth Jazz was provided by Konstantin Klashtorni and is an exclusive short jingle he sent me. Konstantin Klashtorni is a saxophone player and he released lots of albums with different aliases like "Kool&Klean" or "Chillaxing Jazz Kollektion" etc. His arrangements are mostly synthesizer based and resemble a bit the sound of Paul Hardcastle, but Konstantin's music has a stronger tendency towards Smooth Jazz unlike Paul whose latest releases are rather Lounge/Chillout with only a slight touch of Jazz. The track used here has Konstantin's characteristical sound with some Hip-hop like beat and an overall fat mix, which can bring some smaller speaker to their limits pretty quickly when played at higher levels.


Tom O'Grady's band Resolution88 was so kind to allow the use of one of their tracks. If you don't know Resolution88 yet, you have to absolutely check them out if you like 70s retro sounding Jazz/Funk similar to Herbie Hancock's Headhunters. Although a bit old-school sounding the mixes of Resolution88 are fat and modern and thanks to sophisticated mastering sound extremly dynamic and powerful when played through a good set of speakers. I used an excerpt of the track "Collidoscope" as it has some pounding drums which tend to distort on many portable speakers that don't apply any necessary limiting algorithms.


I loved Soulpersona since the very beginning, when I listened to his first album "Soulacoaster", which was a mix of Electronica, NuJazz, AcidJazz and Soul with notable vocals from Princess Freesia. In the meantime he strengthened his style and his subsequent albums as well as the production work for Princess Freesia's solo albums became better and more diversified. SoulP gave me the permission to use his tracks and the track I chose for the speaker comparisons comes from his collaboration with Princess Freesia called "Soulperfreesia" with their album "Amalgamation" which is a kind of 80s Boogie-style R&B/Soul-track with Princess Freesia singing the vocal part. The mix is really quite heavy with very loud mastering and needs really good speakers to sound clean.


Unfortunately I couldn't find any suitable House-track yet. All my favorite artists didn't care. I could simply use some of my own older tracks, but I just don't think they are good enough or representative for this genre, besides they are missing the particular touch of a professional mastering. Instead of House I thought to include a nice NuDisco or rather Dreamwave track that many seem to be liking. It is called "Far Away" from MK2 and comes as free track to be downloaded from the Youtube audio library. It doesn't have those pounding kick-drums common for House, which make all smaller speakers sweat, but if I don't find anything better, I might keep that one. If you have other suggestions please let me know.
Update: I have finally settled for a kind of Progressive-House/Dance track from "Inner Smile" which I licenced from music provider Yookamusic. I chose the instrumental version without vocals and edited it slightly to shorten it and compress the most important parts together.


The track used here reminds me a bit of the Triphop/Dub stuff Kruder&Dorfmeister were doing back in the 90s. It comes from "I Chill Music Factory" and none less than Fridrik Karlsson is hiding behind this alias. For those who don't know Fridrik Karlsson, it is the guitarist from the great Fusion/Pop group Mezzoforte who had huge success in the 80s with their Hit "Garden Party". Lately Fridrik as solo artist concentrated more on producing Chillout/Lounge music and if you really like high quality music for relaxing etc, you should check out his releases for "I Chill Music Factory" and "The Feel Good Collection". Although all "I Chill Music" releases are licence-free in general, I nevertheless asked Fridrik if it was OK to use one of his tracks for this purpose, and he didn't have a problem with it.


I wanted to have an acoustic Jazz track included but it was impossible for me to find any professional Jazztrio that would like to have one of their tracks being used therefore I had to fall back to the Youtube audio library again and choose some tracks from there. I have 3 snippets which I am not quite sure for which I should settle. I like the second "Ersatz Bossa" quite much, because it is the most punchy mix, and the strong acoustic bass together with the ride cymbals can easily cause problems with intermodulation distortion on many speakers, but I don't like the bossa style that much. Maybe  fhe first snipped: "Almost A Year Ago" or the third: "Bluesy Vibes" are better choices although both these mixes are not as revealing.


I am not a Rock listener at all, but many others are always asking for rock-tracks to be played therefore I wanted to have one included as well. This track is also from the Youtube audio library by the band "Silent Partner" and called "Finals". It sounds a bit like a recording of early "Police" and it caught my attention because of its very aggressive mix with both deep bass and sharp treble at the same time. Most smaller speakers can't handle the sustaining strong bass and either tend to rattle or the bass bleeds into the higher frequencies easily revealing intermodulation distortion already at lower levels.


For all Classic-lovers I decided to include this genre as well. It was a tough choice to find something suitable as "Classic" has so many subgenres involved. While many will prefer the baroque sound of Bach or Vivaldi, others maybe like Gershwin's Jazzy compositions more. I settled for an excerpt of a an opus from Peter Iljitsch Tschaikowky: C-Dur Serenade for strings Op. 48 that is a catchy romantic piece and in this case a quite good recording which unfortunately is not that common for many classical recordings which sometimes tend to sound a bit dull and distant.

This is what I have so far, I hope you like the selection. Please bear in mind that I can only use pieces where I have either the permission from the original artist to use them or that are royalty free to begin with. Initially I wanted to cover some more electronic genres like Drum&Bass, NuJazz etc, but I think it would be overkill to include everything. Neither can I cover many other genres like "Country" or "Folk" or whatever, as I don't listen to them and I wouldn't even know any suitable artists either.
I really want this tool to become something special and helpful to anyone. Of course I welcome any comment what you think about it so far.

Email ThisBlogThis!Share to TwitterShare to FacebookShare to Pinterest
Labels: speaker audio database
Newer Post Older Post Home
No fake or paid reviews as most speakers are bought with my own money!
If you like my blog please support my work with a small donation so I can continue doing independent tests and videos.