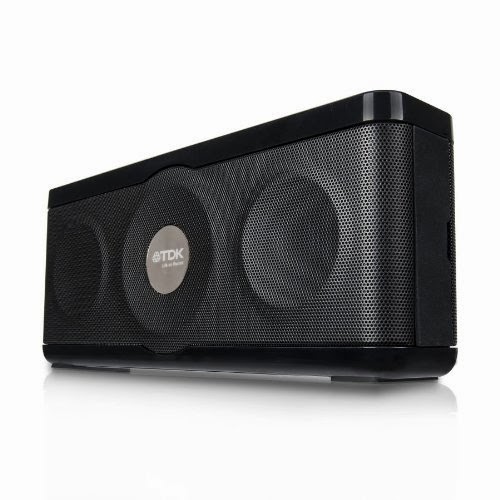 TDK just announced the TDK TREK Max or simply A34, which seems to be a successor of the very popular A33.
The A33 is not a bad speaker, but I was not impressed with it due to some bad experiences I had made.
The A33 had a pretty weak and unreliable battery built in. I got a brand new device and it could only play for several minutes on top volume before shutting down on its own.
Also sound was not the best you could get in its class, but still better than most of its competition. I didn't like the rather tinny sound at lower volumes, apart from that it sounded really powerful and nicely balanced from medium volume upwards.

The new A34 seems to have gained NFC-connectivity and track-skipping buttons. Also design is a bit different now, still not sure if I liked the old one more. But it is still splash resistant, so if you are going to use it near a pool or at the beach, the A34 should safely do the job.

If other than that much changed especially regarding the battery and sound, has to be tested. The A34 seems to be available soon through Amazon.com, but there is no availabilty for Europe yet.
Posted by oluv at 1:10 PM

Email ThisBlogThis!Share to TwitterShare to FacebookShare to Pinterest
Labels: Bluetooth, NEWS, portable, SPEAKERS, TDK
Newer Post Older Post Home
No fake or paid reviews as most speakers are bought with my own money!
If you like my blog please support my work with a small donation so I can continue doing independent tests and videos.