This time I would like to present some recent portable Bluetooth speakers in the price range from 100-200$ and compare one to each other including my current favorite at this size: the Bose Soundlink Mini. 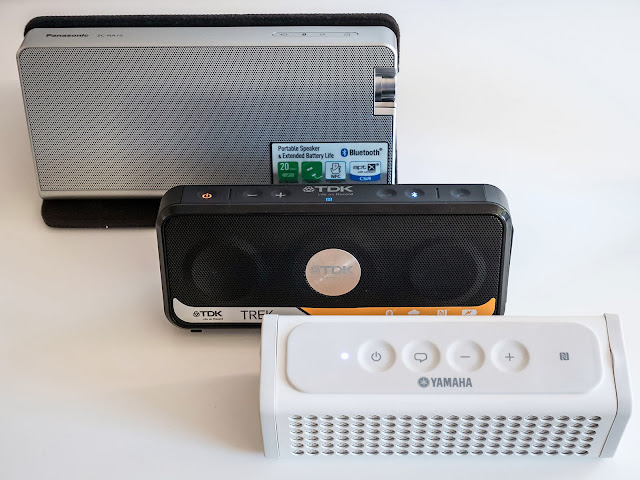 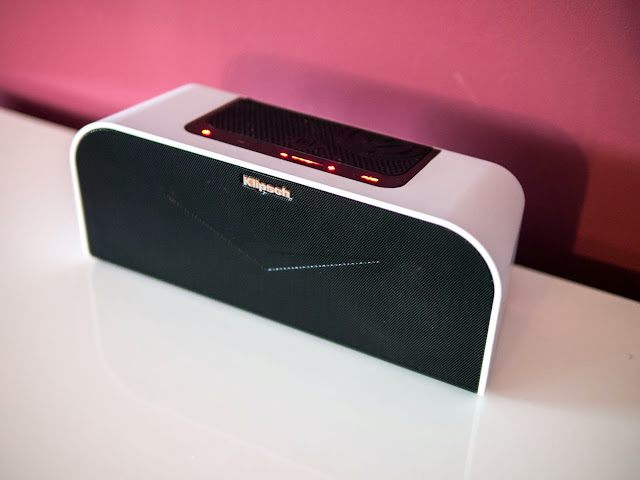 I started becoming interested in Klipsch speakers, when I heard the KMC-3 my friend brought along so we could compare it to my Altec Lansing MIX.
Infact the Klipsch wiped the floor with my Altec Lansing producing an overall louder and more punchy sound despite being smaller. But for portable use the KMC-3 needed battteries and for my taste it was still a bit large to really being taken with me.

Then Klipsch announced the smaller KMC-1 which looks nearly like the big brother, but much smaller sizewise, which should allow to be taken everywhere easily. It also includs a rechargeable battery, so that I thought I should give it a try if this could be the best mobile boombox so far?

Email ThisBlogThis!Share to TwitterShare to FacebookShare to Pinterest
Labels: Bluetooth, Klipsch, portable, REVIEWS, SPEAKERS
Newer Posts Older Posts Home
Subscribe to: Posts (Atom)
No fake or paid reviews as most speakers are bought with my own money!
If you like my blog please support my work with a small donation so I can continue doing independent tests and videos.