White TDK A33 and the new smaller TDK A26 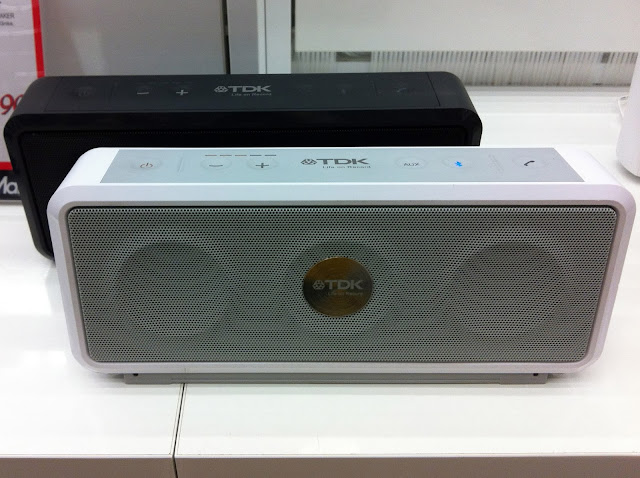 During shopping last Saturday I discovered the white TDK A33 in a store. It looks pretty slick and elegant in white, and if I still had the need for such a speaker, I would probably choose it in white. Although I know the sound of the A33 quite well, I compared it in the store to some other speakers, like the new Harman Kardon Esquire and the cheaper A33 blew the Harman Kardon out of the water.

Haven't known this white model even existed I tried to Google it and found even another new model from TDK, namely the A26 "Trek": 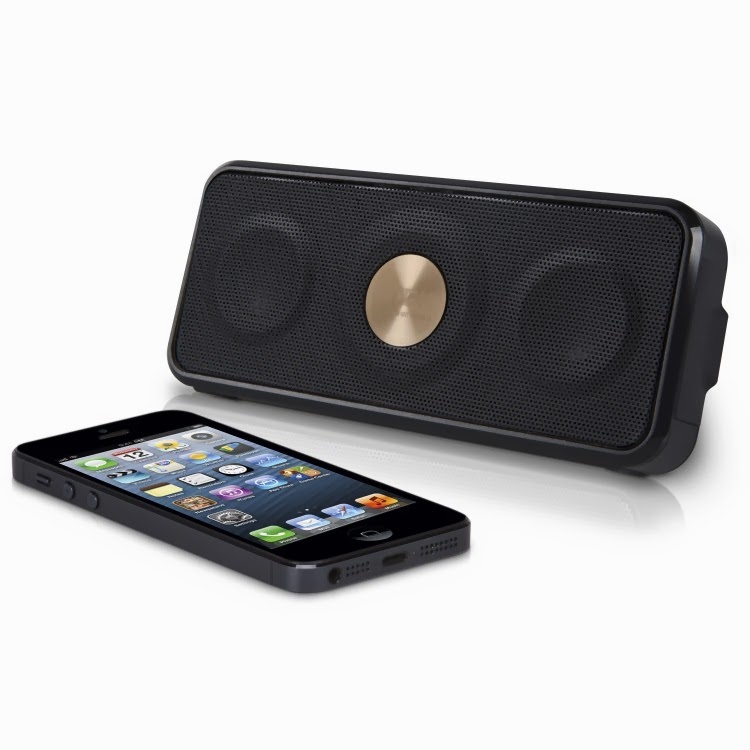 It looks similar to the big version, but is pretty slim with 2.5cm and seems to rather compete with Jambox or JBL Charge costing 99$ on Amazon.com. In Germany it is quite a bit more expensive for 129€ and it is not available yet.

If the A26 sounds nearly as good as the A33 it is definitely a winner and a much better choice over the JBL or Jawbone offerings.
Posted by oluv at 10:32 AM

Email ThisBlogThis!Share to TwitterShare to FacebookShare to Pinterest
Labels: Bluetooth, NEWS, portable, SPEAKERS, TDK
Newer Post Older Post Home
No fake or paid reviews as most speakers are bought with my own money!
If you like my blog please support my work with a small donation so I can continue doing independent tests and videos.