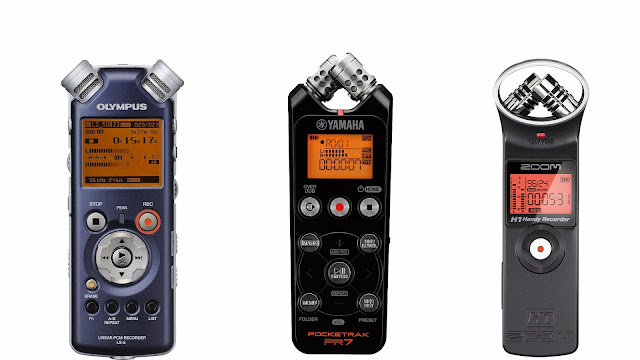 My initial idea of recording different speakers under the same conditions had the goal to give objective results and maybe help others in their decision which speaker sounds better etc.
But it turned out not to be that easy.

The biggest challenge would be to create a controlled enviroment, so that recording of different speakers over time with directly comparable results was possible. But this would imply an own recording room, maybe even acoustically optimized and a controlled recording procedure with fixed positions for speakers, microphone etc, similar to that Dpreview is doing with their test-scene to allow the comparison of different cameras.
I am not sure anything like that has ever been done with speakers. There are lots of speaker-measurements in various Audio and Hifi-magazines, but I have never seen audio recordings of them.

To really allow perfect results such a recording should be done with the best possible recording-equipment that is able to record even the finest sound-nuances. This does not only mean lots of effort and time, but also costs. I have no idea if something like a microphone with linear frequency response exists at all. Here you can see the (claimed) frequency response of the Zoom H1 microphones:

When I started doing my recordings I tried out different audio-recorders. Although the Zoom H1 is overall very popular, I assume this is probably because it is one of the cheaptest, therefore I wanted to try some other ones and added the Olympus LS5 and Yamaha Pockettrack PR7 to my test.
In the following Video I recorded the Sonos Play:1 with all 3 recorders and also mixed in the original recording (from 2:39), so that you can compare which recorder comes closest. I am really not sure, first I thought the Zoom H1 sounded best, but compared to the original recording it also sounds most different. Of course the speaker also distorts the original signal, so the sound characteristics of the speakers adds up to the characteristics of the microphone, not to mention the acoustics of my room, which is not optimized by any means for such a recording.

Still I would like to know which recorder you think gives the best representation of the original recording.
Maybe some of you even own the Play:1 and could listen to the original track through their speaker and compare to the recording. The original track is "Get Back" from "Silent Partner" and is taken from the Youtube Audio library to avoid any copyright issues.
The final idea would be to create a kind of "database" where all speakers can be selected and compared. Unfortunately I am afraid that my know-how is not high enough, and I don't have the money for that. You would also need to have contacts to Hifi-dealers that might lend you speakers for a recording session etc....

Maybe someone else will do this once, so far you have to be satisfied with my amateur-ish approach.
Posted by oluv at 2:06 PM

Email ThisBlogThis!Share to TwitterShare to FacebookShare to Pinterest
Labels: MISC., SPEAKERS
Newer Post Older Post Home
No fake or paid reviews as most speakers are bought with my own money!
If you like my blog please support my work with a small donation so I can continue doing independent tests and videos.